Just as western medicine studies and treats the physical body, eastern medicine studies and treats the energy body. Medicine Chinese, also known as Traditional Chinese Medicine recognizes fourteen meridian channels as the vital conduits of our energy flow. Two of these channels ride through our spinal fluid, the other twelve (also called limb meridians) ride through our fascial system which lies between our skin layers and our muscles.

These channels are marked by points that left stagnant tend to capture energy, thus creating blockages that interrupt the flow. To the degree that these points lie close to our skin, they may be treated by acupuncture as also by acupressure to release the blockage and free up the flow. For the points that lie deeper, one may practice Qi Gong, Tai Chi, or internal Martial Arts to disrupt and release such blockages.

I studied these meridians from a bird’s eye view to see how they interconnect and what that says about our energy being. My intent was to rise at a level of overview from where I could commit the system to memory, thus call it down quickly as I worked the practice of acupressure.

The twelve limb meridians are:

Traditional Chinese Medicine recognizes the above to be the order to meridian flow. Please recognize the meridian names as short labels. Given how everything is interconnected, the label does not indicate the specific organ to be the only part of us energized by the meridian.

The twelve are referred to as limb meridians because they either start or end in our limbs.

In picturing the flow, please imagine our arms raised.

Meridian transitions occur as energy reaches the end of one meridian and from there leaps to the beginning of the next. I mark them here with the traditional acupuncture points.

The yang meridians occur in pairs. The first draws the energy of the sun/spirit through the fingers, down the arm then up the neck to the head. The second leaves the head and descends through the torso and the leg to exit through the toes.

Yang to yang transitions occur between:

The yin meridians also occur in pairs. The first draws the energy of the earth through the foot/toes, up the leg through the torso to the heart. The second leaves the heart, rides up the chest through the arm to exit at the fingertips.

Yin to yin transitions occur between:

Transitions at our fingertips move from yin to yang as follows:

Transitions at our toes move from yang to yin as follows:

Each meridian is considered to operate at peak during 2 hours in a 24-hour period. This means that between1 and 3 am we may notice a heavy liver, between 3 and 5 am the need to rid our head of accumulated sinus, between 5 and 7 am we experience the urge for a bowel movement, between 7 and 9 am we savor some breakfast and so on.

In addition to the twelve limb meridians, Chinese Medicine recognizes two more major meridians running up and down our spine. The two spine meridians are:

Learning to flow these meridians as a wheel coming down the front and riding up the back is essential to energy healing and is taught in each of the modalities. This is referred to as the enabling of the microcosmic orbit which is like moving from AC to DC in electricity. Energy will now flow through the healing hands, especially Pericardium 8 in the center of the palm.

The Microcosmic Orbit must be set to motion consciously as the two channels that make it up are separated in our mouth and in our saddle point.

A healing master practices with the Hui Yin (perineum or saddle point) closed at the root center (RN-1 must link to DU-1) and the tongue reaching the roof of the palate (DU-28 must link to RN-24). This changes the master’s dual (up and down) channel flow to the single channel of the Hara line.

While in dual channel mode we seek out sex (upper and lower) as a way to activate this orbit, all be it momentarily, while the two bodies remain in contact. Risen masters often feel a wave of energy similar to that attained through orgasm while they practice the microcosmic orbit.

Health is restored through balance

As stated earlier, much as these meridians bear the name of an organ or a vessel, their function (or malfunction) goes well beyond that organ. According to Peter H. Fraser, founder of NES Bioenergetic Health, meridian references include:

Notice how the order of the meridians here differs from the 24 hour flow recognized by Traditional Chinese Medicine. This is the result of a lifelong research and testing conducted by Peter Fraser and reflects the order in which meridian malfunctions must be healed in the body. With the help of NES cofounder Charles Massey, diagnosis for this healing system is now available to all online. All it requires is 10 seconds of your voice. Based on the results and prescriptions recommended by the system, practitioners worldwide can help restore health and balance in the function of your energy body. The prescriptions consist of water infused with wavelength information.

Traditional Chinese Medicine practitioners work to restore flow and to balance our yin and yang energies. Their toolkit includes multiple dimensions to be balanced out, not least of which is the concept of the five elemental functions and their supportive or controlling interactions.

This is a driving principle based on which herbs are administered and Qi Gong exercises are assigned and ordered. Each practitioner develops their own modality building on the basics indicated here. I present them to provide a high-level idea of the vocabulary, grammar and syntax that underlie Chinese Medicine.

To start with the basics, always remember that energy, like water must flow. Where it stagnates is creates blockages that produce pain. If you encounter such pain on your limbs, work to massage it out. Now you have applied an ounce of prevention! 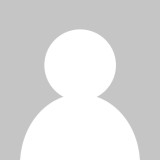